CHILI streaming platform: now part of the library is free thanks to advertising 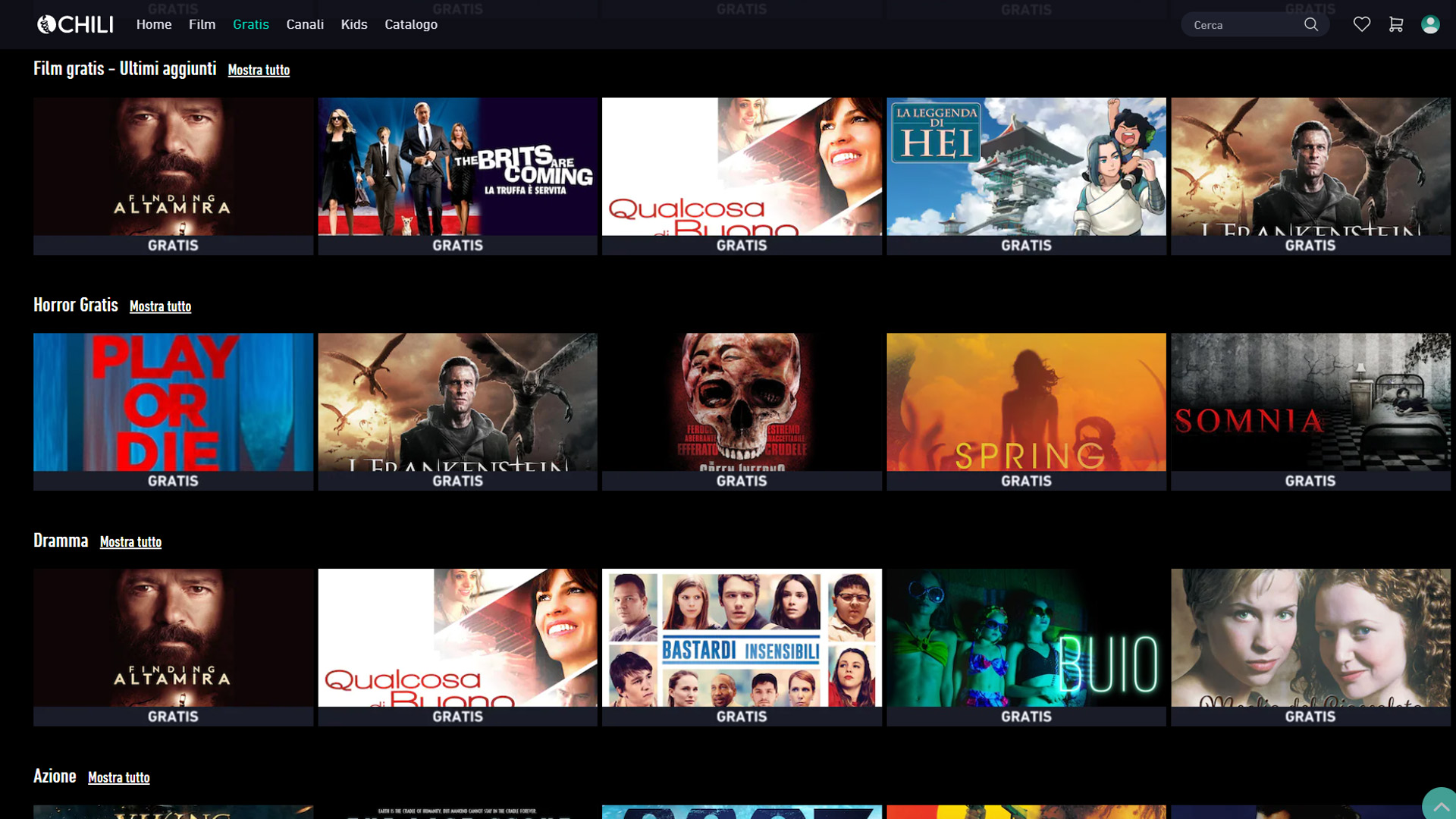 CHILI streaming platform’s library is getting bigger and launches the AVoD section alongside the TVoD one, thus the advertising-based model is going to coexist with the payement model.  ( In this article we explained the different models adopted by online content providers, in addition to Avod and Tvod also Svod which is subscription-based and others).

The Milan-based company, which is present not only in Italy but also in other European countries (about which we wrote about here), also adopting the Avod model makes available a wide selection of films, starting from about 500, and documentaries that can be enjoyed for free, thanks to the inclusion of advertisements.

Giorgio Tacchia, fondatore e Ceo di Chili (here is the video interview we did last May analyzing the role of digital in the movie industry) says in a bit: “2020 was a year of great transformations whose consequences are going to influence the next future. In particular, in those countries leading entertainment market such as the United States and the United Kingdom, a big focus was put on new Avod services for which major growth is estimated in the near future.  Chili also has to face the forced postponement of many cinema releases, and we want to meet customers’ needs by offering an additional service alongside Tvod, which remains our core business. This is a very important moment in the life of our company: we already are a leader in the rental and purchase content distribution market, and we want to expand our services by adding a new entertainment channel for the end customer, free and legal.”

With the new feature, Chili enhances customer’s options to enjoy movies, series and content, again confirming its holistic vision of entertainment: not only content is available for free, but the customer has even the chance to go deep with trailers, extra videos, merchandising in-depth features and interviews thanks to the digital magazine HotCorn, of which CHILI is the publisher and which during 2020 has grown significantly reaching about 300 thousand unique visitors per month.

In building up the new offer Chili directly targeted its customer base by activating a panel of 4,200 users who helped define the new product, from the official naming to the complete look & feel of the AVOD showcase. Once registered to the streaming platform and logged in, customers find a wide selection of free movies with a mix of blockbusters and box-office titles, Italian and Hollywood movies, art house cinema and nowhere to be found movies.

The sale of advertising space is entrusted to Chili Media department, operational since June 2019 and which, from today on, will also allocate Avod content space, which is the pre-roll before the start of the movie

Avod model will initially be available only for Italian users who are about 3 million, later Chili will extend the model to the other European markets where it the streaming service is already used.

CHILI’s chiuche to launch this feature during this peculiar moment stands as a signal for a number of reasons: the market change (again, we can talk about coviding), the slowdown in the flow of movie productions due to the pandemic that will effect in the medium term forecasts, the need and desire to broaden the user base and offer a mix of opportunities that can be suitable for all audiences; in short: the adoption of the Avod model to coexhist with the Tvod one that has defined Chili’s offer to date, at this particular moment, could prove to be apt.