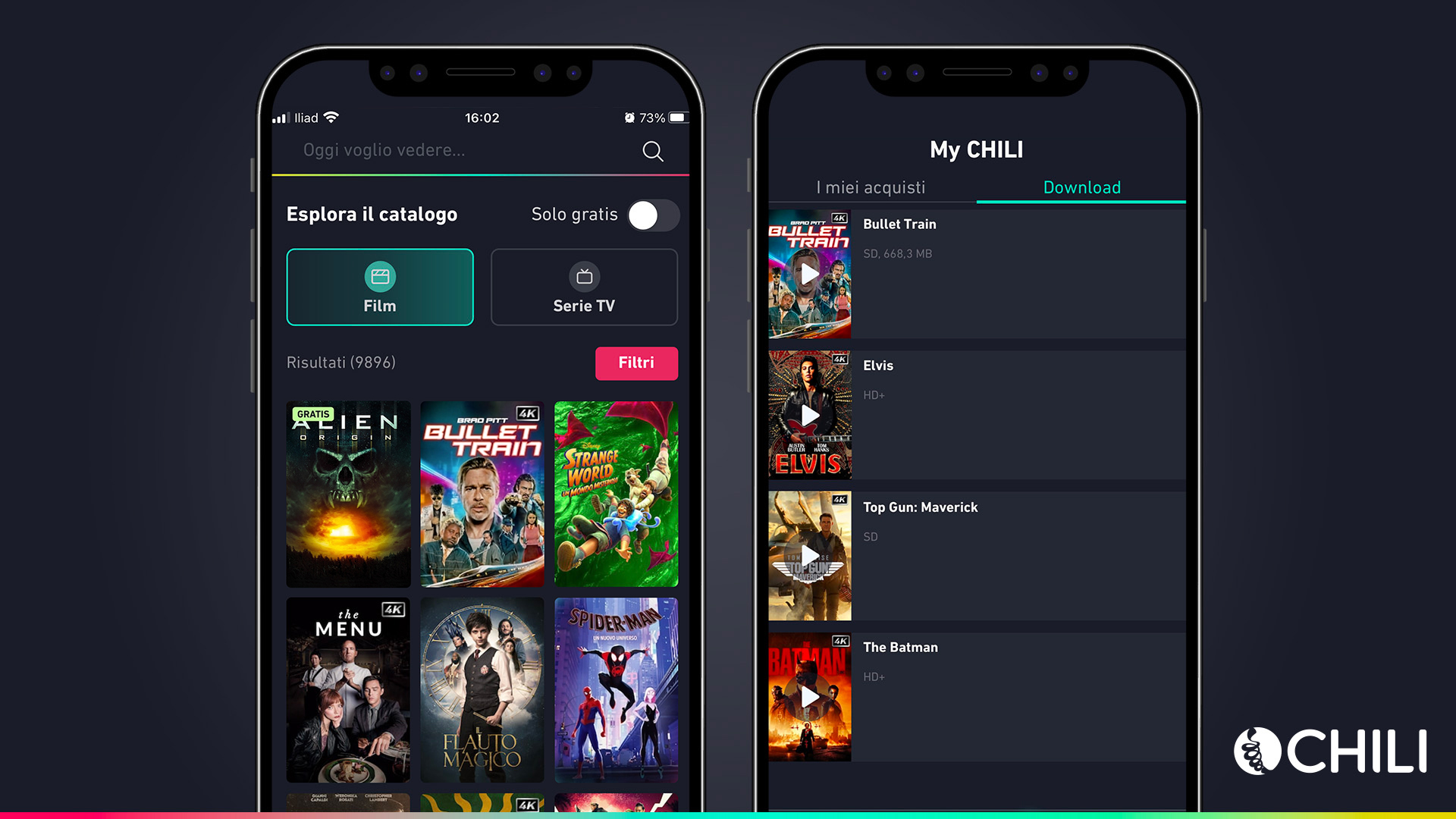 CHILI app is already downloadable from the main marketplaces and the upgrades concern, on the one hand the mobile app version for iOS, and on the other hand the app universe for ANDROID TV and FIRE TV.

For the iOS (iPhone and iPad), version 1.1 released on the Apple Store is the result of a fully revolutionized design project, with benefits for the user both on the UX and development code side and includes the the search bar for easier and more user-friendly navigation.

This version joins those for the Android mobile and TV markets where the CHILI app is available on Google’s PlayStore, HUAWEI’s AppGallery, Samsung’s Galaxy Store in addition to the Smart TV ecosystem.

The main changes implemented by CHILI TECH unit, will be four: the first couple of new features are related to iOS mobile devices, while the last ones are specifically relevant to Android TV, which with this upgrade aligns with what has already been implemented for other TVs such as Samsung and LG.

Let’s look at the new features in detail:

Benefiting greatly, as noted in the interview with the developers on the CHILI Corporate site, is the user experience, which is now more appealing, but also easier and more intuitive. In addition, the side menu has been updated resulting more immediately accessible and in line with the most popular usability parameters.

For Apple users, accessing the download function and other features included in the new CHILI Movies & Streaming app is very easy: simply log on to the Apple Store and download the app for free.

Overall, CHILI’s investment in its application ecosystem goes forward with the development of features and improvements that put the user at the center of the experience in film and TV enjoyment. In fact, navigation in the Android TV app has also recently been revamped and is reaching users with progressive releases.

These are definitely impactful upgrades for users of the streaming platform who, from a simple content player, will now be able to access movies and on-demand titles from their smartphones as well by landing in a familiar environment that mirrors the interface of the Smart TV or Web Browser version of CHILI.