WAITING FOR THE “MINIONS,” AN EXCLUSIVE PROMO FOR THE WHOLE FAMILY 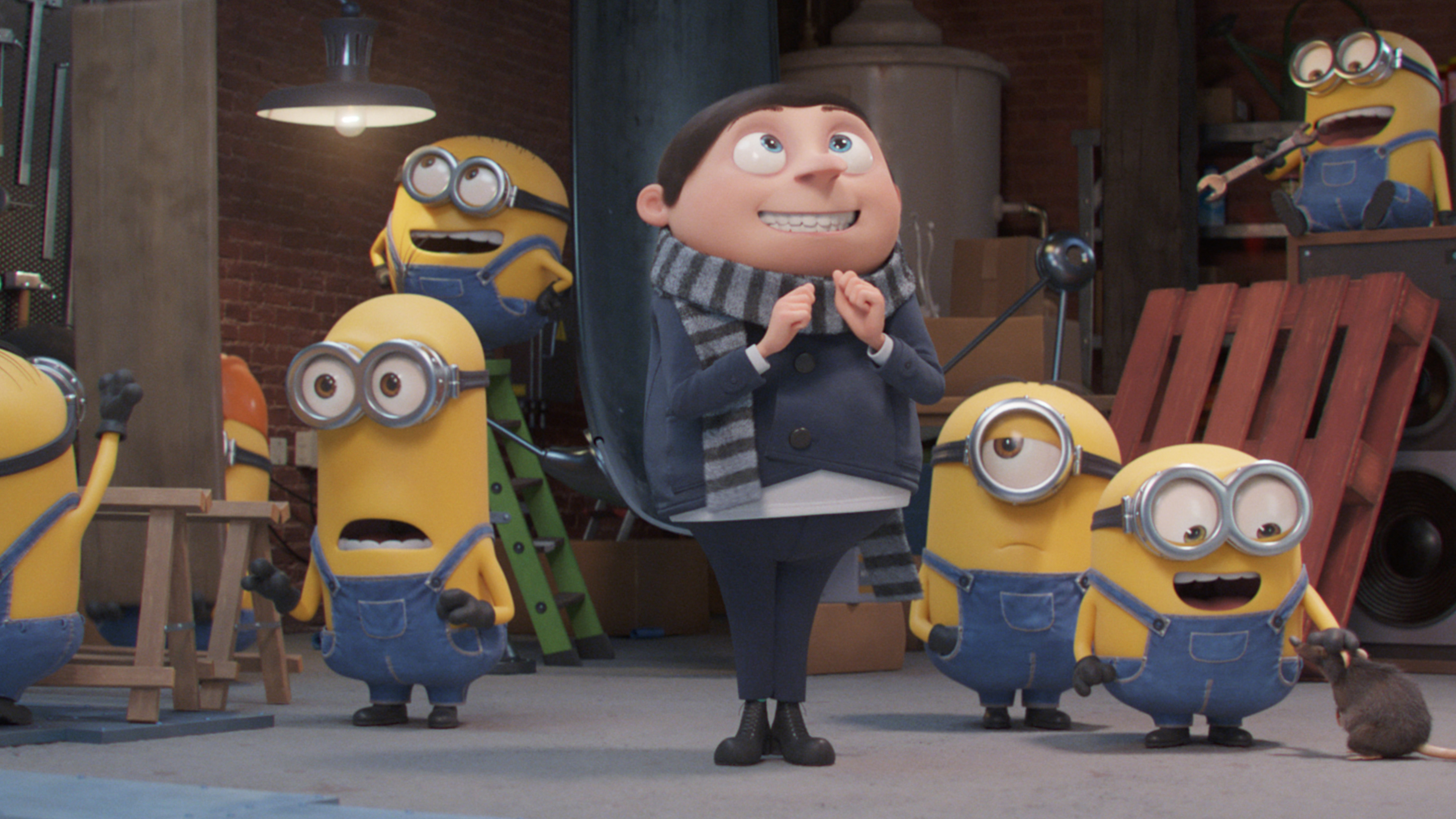 CHILI LAUNCHES A SPECIAL PROMO ON THE ILLUMINATION ENTERTAINMENT COLLECTION: A TOUCH OF MAGIC FOR YOUR EVENINGS WITH THE KIDS

MILAN, Oct. 18, 2022 – “Minions 2: The Rise of Gru,” the highest-grossing sequel/prequel in the entire Minions universe will land on CHILI on Nov. 3.
Waiting to be transported back to 1972 and to experience the hilarious adventures of the cinema’s most ramshackle gang, this time discovering the origins of Gru (Oscar nominee Steve Carell voiced in Italian by Max Giusti), until October 31, exclusively on https://it.chili.com/, the great animated stories signed Illumination Entertainment will be in promo at a special price in the dedicated showcase (https://bit.ly/3rZswVW) to rent or buy in order to watch and see them again together and experience the excitement of an evening of light-heartedness for young and old alike.

A must-see to rock out to the notes of history-making tunes from Frank Sinatra to Lady Gaga, “Sing” and “Sing 2” will have entire generations dancing and singing their hearts out.

Written by Garth Jennings and made even more engaging by Joby Talbot’s music, the first installment of “Sing” tells the story of Buster Moon, a dashing koala who owns a once-great theater that has now fallen into disgrace.

Buster is an eternal optimist-and a bit of a scoundrel-who loves the theater more than anything else and will do everything he can to safeguard it. Faced with the crumbling ambition of his life, Buster has one last chance to restore his declining jewel to its former glory by producing the world’s greatest singing competition. Five contestants will emerge: a mouse (Seth MacFarlane) as good at humming as he is at cheating; a shy teenage elephant (Tori Kelly) with a huge case of stage anxiety; an overburdened mother (Oscar-winner Reese Witherspoon) who goes out of her way to care for a litter of twenty-five piglets; a young gorilla (Taron Egerton) who is trying to extricate himself from the crimes of his delinquent family; and a punk-rock porcupine (Scarlett Johansson) who is having a hard time getting rid of an arrogant boyfriend and going solo.

Each animal shows up at the entrance to Buster’s theater convinced that this will be an opportunity to change the course of their lives.

In “Sing 2” we find Buster Moon and his group of animal artists preparing to launch a dazzling stage show in the entertainment capital of the world. The only problem is that he has to convince the reclusive rock star to join them. What begins as Buster’s big dream becomes an exciting reminder of the great power music has to heal even a broken heart.

Are we really sure we know what our pets do as soon as we cross our doorstep and leave them alone?

In their fifth collaboration on an animated film, Illumination Entertainment and Universal Pictures present “The Secret Life of Pets,” a comedy about our pets and how they live out their days.

The success of “The Secret Life of Pets” spawned the sequel “Pets 2“. The little dog Max now faces anxiety over the arrival of his owner’s son Ellie, which has made him hyper-apprehensive. During an outing Max and Duke encounter decidedly unsociable cows, turkeys, and foxes. Meanwhile, back in New York, watching over the neighborhood, that leaves Gidget and Chloe trying to catch a sound bee that has ended up in an apartment full of cats-Max’s favorite toy, while the Nervous Rabbit becomes convinced he has superpowers since Mistress Molly has started dressing him up as a superhero.

Also in special promo is “The Grinch,” a must-see for those who love (but especially for those who don’t) the magical atmosphere of Christmas, and “Hop,” which combines the most sophisticated animation with live action and tells the hilarious story of Fred (James Mardsen), a lazy unemployed man who accidentally injures the Easter Bunny (voiced by Russell Brand) and is forced to take him in during his convalescence. As Fred struggles with the world’s worst houseguest, both will finally learn that they need to grow up.

And for the laughter pros, there could be no shortage of promos on the Minions and Despicable Me collection.
The story of Universal Pictures and Illumination Entertainment’s Minions begins at the dawn of time and is told in the movie “Minions,” where tiny yellow single-celled organisms begin to develop and evolve through the centuries, perpetually in the service of the most despicable of masters. Continually unsuccessful in preserving these masters, from T-Rex to Napoleon, the Minions find themselves without anyone to serve and have fallen into a deep depression.

But a Minion named Kevin has a plan, and he-along with rebellious teenager Stuart and adorable little Bob-decides to venture out into the world to find a new evil leader for himself and his siblings to follow. The trio embarks on an exciting journey that will lead them to their next potential mistress, Scarlet Overkill (Oscar winner Sandra Bullock), the world’s first super-villain. It’s a journey that will take them from frigid Antarctica to 1960s New York City to London, where they will face their greatest challenge yet: saving all the Minions…from annihilation. Featuring a soundtrack of 1960s hits that still permeates our culture today, “Minions” captivates and entertains, so much so that you can’t get enough.

So, on CHILI, you can also find: “Despicable Me Presents: Minion Madness” – a collection of three animated shorts starring Minions and the three episodes of “Despicable Me” (1, 2 and 3), in which Gru, struggling with parenting and identity crises, faces off against the super-vilain with a totally unconventional team.

Not to be missed why? Because after all, being good is too easy and being a kid again is priceless.