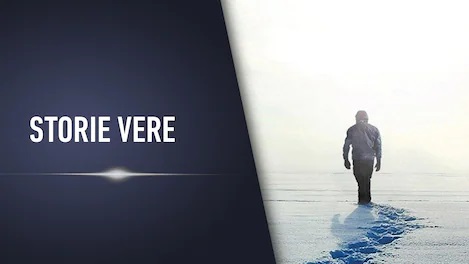 Big events, chapters of history, sports myths and legendary characters, music and art: CHILI’s streaming platform (www.chili.com) includes in its library a rich section of true stories and documentaries whose aim is to  entertain, surprise and question the public. It starts with the new entry Xeneizes by Michele Rovini, about the twinning between Boca Juniors and Genoa. Besides sports, there are several musical titles: Fabrizio De André & PFM – Il Concerto Ritrovato by Walter Veltroni, but also Oasis: Supersonic by Mat Whitecross, released in 2016, and a classic like Amy by Asif Kapadia. Plus film stories such as Kent Jones’ Hitchcock/Truffaut or Woody, Robert B. Weide’s documentary tracing the life of Woody Allen.

Also in streaming on CHILI, users can find a wide variety of documentaries that feature art: there are Robert Doisneau’s Photographs – The Lens of Wonder by Clémentine Deroudille and the unmissable In Search of Vivian Maier, released in 2014 and directed by John Maloof and Charlie Siskel. Still, we find Marina Abramović:The Artist is Present directed by Matthew Akers and Bert Stern: The Man Who Photographed Marilyn by Shannah Laumeister. In the collection, space is also given to Italian stories: Astrosamantha by Gianluca Cerasola, starring Samantha Cristoforetti, and again Anna Piaggi: A Visionary in Fashion by Alina Marazzi and, in AVOD, La Milano di Bagutta by Davide Rapp, which tells the story of the “Bagutta” literary prize. Last, two other great titles are available in AVOD: Barack Obama – The Man, the President by Amy Rice and Alicia Sams and Rolling Stones: Shine a Light by Martin Scorsese. Find the True Stories collection here: https://it.chili.com/showcase/documentari/8681a46b-07e0-42d6-a9d5-9aeb02f992e3